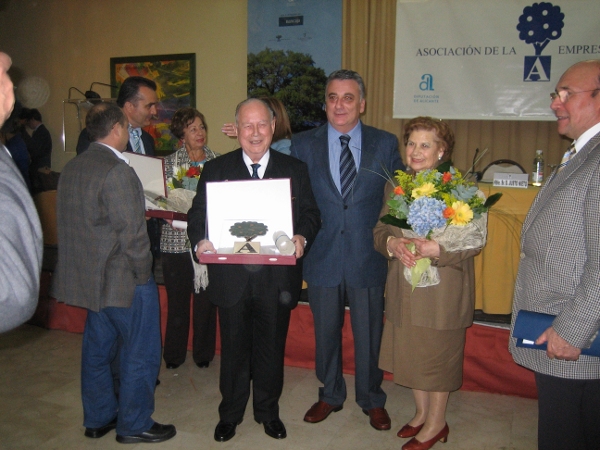 Jose Borrell Collado, founder of the Borrell group, passed away on October 29, 2013.

Borrell's family would like to thank sincerely the affection and sympathy received.

As a good friend recently wrote, Jose Borrell was "A man of many accomplishments. A man who was always thinking out of the box. A man of innovations. A wonderful and unique man."

In addition to creating this company, Jose Borrell was the father of five children and left us numerous patents and major awards, among which is the "Golden Nut Award" awarded by the International Nut Council (INC).

The almond trees were in mourning that day, as our family, together with the workers of the company.

Jose Borrell Collado, who had 91 years old, will continue to inspire our work, and will continue in our thoughts, and in that of all who knew him.